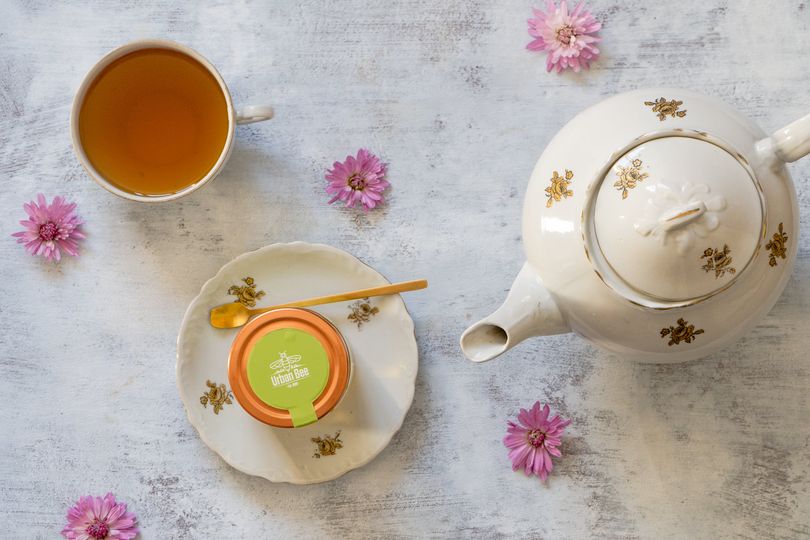 The benefits of honey

Honey is a sweet, natural substance produced by bees from the nectar of flowers or microorganisms (such as honeydew honey).

Honey is a primary product in beekeeping from both a quantitative and an economic point of view. It was also the first product made by bees to be used by humans ever since.

In Romania, the first historical attestation of production and marketing of honey was produced by Herodot between 485 and 421 BC. J-C.

The history of the use of honey runs parallel with ours and is recognized in almost every culture, in addition to its nutritional use, as a symbol in religious ceremonies, magical or for its therapeutic qualities. Each type of honey has beneficial bacteria in its composition (6 species of lactobacilli and 4 species of bifidobacteria) which explain the therapeutic properties of honey.

The amount of sugar in honey varies depending on the type of honey but is generally found at 95-99% as fructose and glucose (89-95% of total sugars). The presence of these simple sugars and in particular the high level of fructose, gives honey different nutritional characteristics.
Water is the second most important component of honey in terms of quantity. Its presence in quantities greater than 18% poses problems in that it promotes fermentation and therefore spoilage of honey.
Experimental evidence indicates that consuming honey may improve blood sugar control and insulin sensitivity compared to other sweeteners. The body’s tolerance to honey is significantly better than sucrose or glucose. People with high glucose intolerance (eg, those with mild diabetes and type 1 diabetes) showed significantly better tolerance to honey than to sucrose. Additionally, the antioxidants in honey, which have been shown to reduce oxidative stress, may benefit diabetics and help improve endothelial function (the function of cells that create the lining of blood vessels) and general vascular health.

You can find out more about which cookies we are using or switch them off in settings.

This website uses cookies so that we can provide you with the best user experience possible. Cookie information is stored in your browser and performs functions such as recognising you when you return to our website and helping our team to understand which sections of the website you find most interesting and useful.

Strictly Necessary Cookie should be enabled at all times so that we can save your preferences for cookie settings.

If you disable this cookie, we will not be able to save your preferences. This means that every time you visit this website you will need to enable or disable cookies again.